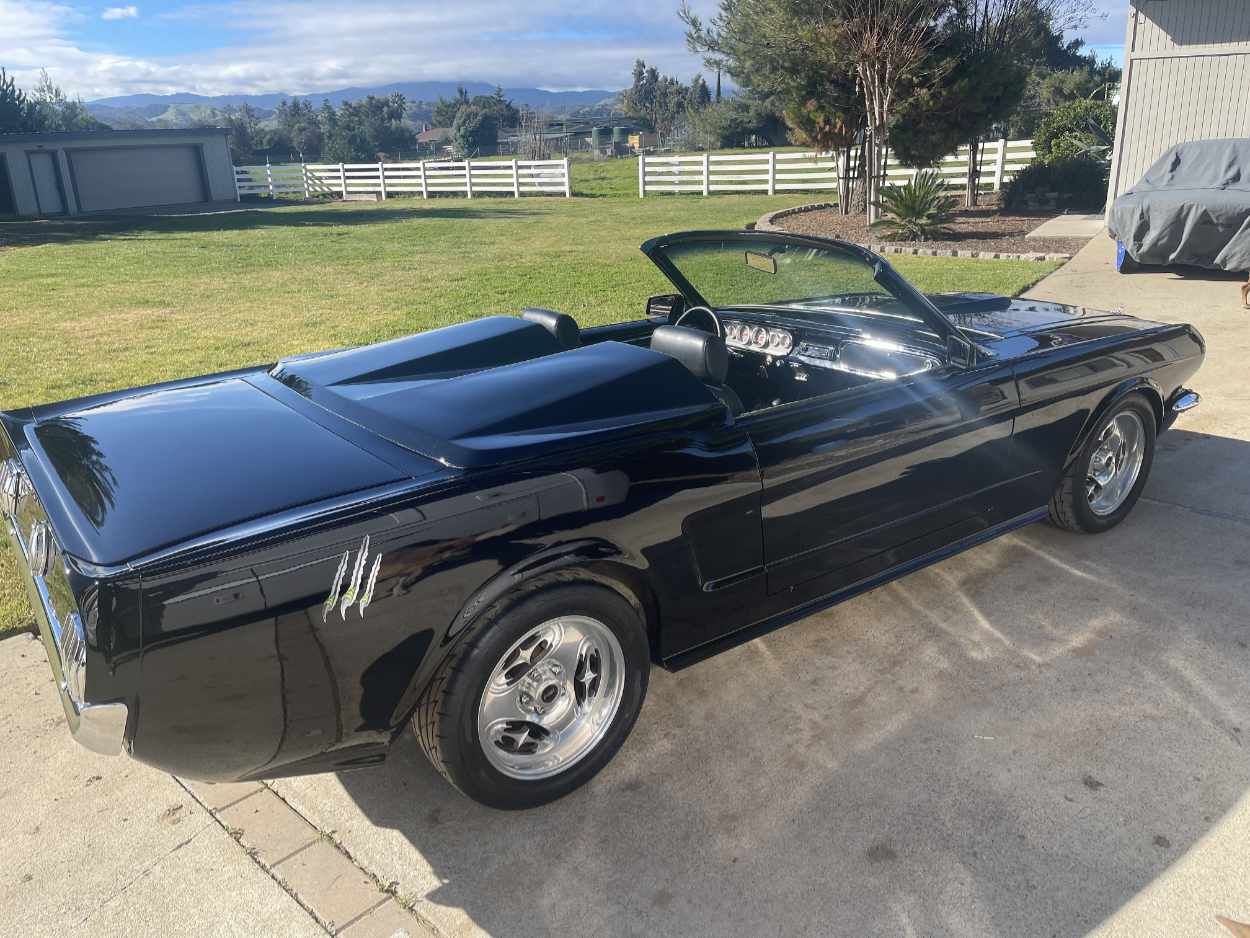 This unique car is owned by one of our dearest customers, and the time has come for it to go to a new home.

Back in the mid 90’s the “Ronster” was one of the first street rod Mustangs. It was heralded at SEMA and Ford even tried to buy the car. Ford did provide a fuel-injected engine. Ron Morris, who was a tech at a Ford dealership at the time, helped sort out the wiring harness. Ben Smith, who was the designer and chief engineer for the ’57-’59 Ford Skyliner Retractable and later worked on a ’65-’66 Mustang retractable prototype, helped with the tonneau over the back seat. During the build-up, everybody kept calling it “Ron’s Roadster,” and eventually it got shortened to just Ronster. Mustang’s Plus only sold about 25 of the Ronster kits, so these are rare.

This Mustang restored into a two-seat topless roadster using the popular “Ronster” Body Package. It took hundreds of man-hours to restore and complete the build. The frame was properly reinforced and the car drives beautifully. It is powered by a 302ci V8 engine with a 5 speed manual transmission and is fitted with dual exhaust for a great rumble. The Black exterior paint is very appealing, and it is complemented with custom custom-made Batman wheels.

The Ronster Batmobile has recently been over at Big Daddy’s Motor cars for a complete freshen up.

Serious inquiries will be entertained … call us!